A Little Story about my Mother's Irish side of my family

I am writing this because it is almost St. Patrick's Day and what I am going to tell you is about my great grandmother and what happened to her and how it filtered down through the family to affect all the other women in our family, even if these women, including myself, did not know consciously why we were affected so strongly.

It has to do with the potato famine in Ireland. I don't know much except some things I have read in novels. I like novels. They can be very informative if well documented.

During the famine, the potatoes rotted in the ground. The big farms were owned by the British from England. They had built small houses on their large properties for the Irish families to live in while they worked the fields. But when the potatoes rotted, the Irish were starving. Dead bodies were seen along the roadsides. People who could flee, did. And sometimes the farm owners would pay for their passage out of the country. Often they just forced the Irish to move out of their little homes and then they went back to England or else hired people from other countries to come in and work for nothing and have free housing where the Irish had once lived.  While the poor Irish just wandered the Irish countryside, starving. Sleeping along the sides of the road and finally dying.

I am not educated enough about this time and place to tell you more except the story than I was told the other day by my cousin, about how my great grandmother ended up in Arkansas.

There was a man named Mr, Vardell. I do not know his first name. He lived in Arkansas and had twelve children from three different women. Each of the three wives died and he was stuck trying to raise these twelve children alone. He couldn't do it and no other woman around where he lived was willing to take on that heavy task. Plus he was old by then and no great catch. So, he ordered a young girl from Ireland to come and be his wife.

Her family must have been desperate to have agreed to this arrangement. I don't know any of those details. Except that she traveled to Arkansas and married this man and essentially became like a slave, taking care of him and his twelve children. Also, She was Catholic. The Irish were discriminated against in Arkansas, as in most of America at the time. There were were signs on business windows saying no dogs. No Irish.

The Catholics were also discriminated against in Arkansas. Catholics didn't live in that state. It was just the bible belt Christians.  Plus, all the children hated this young girl because she was a stranger taking the place of their three different mothers.  When she had a daughter by Mr. Vardell, the children hated and teased her too and made her life miserable. I imagine she was already miserable because of having to help her mother do all the washing and cooking and everything else involved with taking care of all those children and an old man.

The children refused to call this young girl who had become their mother anything but Mrs. Billingsley. That was her maiden name. They didn't want to accept her into the family enough to call her by her new last married name of Vardell.  Imagine the shame her daughter must have felt as the youngest, the outsider, Irish, and Catholic. So she too rejected her mother. She also refused to call her mother anything but Mrs. Billingsley. She never called her mother for the rest of her life. Only Mrs Billingsley. She hated her mother. She hated being Irish and would never admit that she was half Irish.

When her mother died, the churches wouldn't allow her to be buried in their grave yards because she was Catholic. So my grandma who was an adult by that time, sent her to be buried in a Catholic cemetery. Maybe my grandma wanted to give her mother the final respect of being buried in a Catholic cemetery. And maybe she wanted her mother to be buried far from where she lived at the time. So she is buried somewhere in Kansas City. Strange that my son and his wife live there now. But no one in the family knows where this grave is located. She just was an outcast all her life. Of course that extended to her daughter, my grandmother. And on down the line. I have always felt like an outcast, that I didn't belong, even within my family. Plus all those other shadow emotions we try to hide, shame, fear, low self esteem, depression. I bet you can add to that list.

And so my grandmother, her only child, grew up with a lot of emotional problems which she took out on just about everyone in the family. She especially hated the girls in our family.(My cousin just read this and wrote back that maybe she didn't hate her mother. Maybe it was more that she was ashamed of her mother. So she denied her mother. Never calling her anything but  Mrs Billingsley. Never talking about her. And seemingly disowning her.

Life is so much more complicated than just a few words of description. She must have struggled with many different feelings about her mother. Maybe we all struggle like that too. Relationships are rarely pure. They are tangled and filled with conflicting emotions. Especially within families.

I didn't grow up around my grandmother.. That gave me the disadvantage of only seeing a small part of her personality and focusing on just a few of her qualities. Since she always seemed to hate me, I hated her too. My cousin believes she didn't hate women but was afraid of them. Afraid of not measuring up and of being shamed like what happened while she was growing up.

A few days ago when my cousin told me about my grandmother's past and why she was so distrusting and bitter, I had to change my way of looking at her. She was no longer like a cardboard cut out. She was much more complicated. More human. Just like me and everyone else .   Filled with conflicting emotions about people we love.

She became a strong woman and acted very proud. Sitting ramrod straight. She always wore a hat and white gloves into town. Maybe pride hides shame.  I think everyone in the family was afraid of her. She had a  will of steel and after she married she brought herself and her family of five children out of poverty by being the strength behind my Grandpa.  But she never talked about her past or her mother or any of those children she grew up hating and maybe fearing. She had no contact with any of them.

Side note here: This is how my grandmother and grandfather met. She was at the stream collecting water in a bucket. A group of young men were there too and started harassing her. My Grandpa was with them. My Grandma looked up and threw the bucket of cold water directly onto my Grandpa. And she ran home. He looked at his friends and said," I'm going to marry that girl some day." The boys all laughed but he did marry her and they were together many years until he died of a heart attack. She never married again.

I guess the point of this story for me is to finally have some compassion for my grandmother. To also see her as a human being and not just the angry old woman that I barely knew.  And to have compassion for all the people who are suffering in this world. Suffering never goes away. It just travels and transfers from one country to another or one group or individual to the next and on down through the generations.

So, HAPPY ST. PATRICK'S DAY MUDDY,, wherever you are now. Muddy is what we called my grandmother because one of her kids couldn't say Mother. And the name stuck.

I can finally feel love for her and that gives me the freedom to feel more love for myself. Because you know how hating others causes self hate and low self esteem and fear and shame. It all gets passed down through generations along with eye color and skin color and all the other parts of being human.

This little story grew to be a big story. Hope you could make it all the way to here. And if so, when the 17th rolls around,  HAPPY ST. PATRICK'S DAY TO YOU TOO. Now being Irish is a source of pride, not shame. Maybe one day no one will be shamed for just being him or herself. wouldn't that be great?

Testing again. photo shows up online but not on my computer. Thank you Nancy for the help. I might keep working at it. 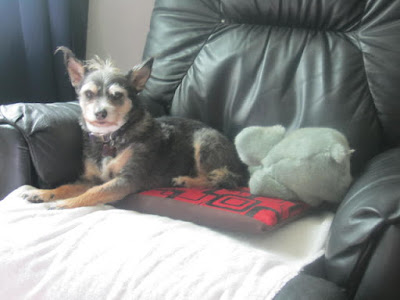 I have been trying for hours and hours to get my blog to work again. Photos won't show up as anything but computer language. And now the writing part is messed up. It looks to me like I am not even on the blogger program and I can't get them to give me any feedback. So this attempt at reactivating my blog looks like a failure. Again. Maybe it just isn't meant to be. Life goes on and others have blogs to inform people about living in Mexico. I try to be upbeat on this blog but it is four am and I am discouraged. Being discouraged often isn't allowed in the cyber world. Someone always wants to rescue or beat a person down for having anything but the most positive of feelings. But there is a real downside to living as an expat. That is isolation. I do not have the resources where I can get help. Add to that isolation is my own inability to get around like I did just a few years ago. I have physical problems. Getting old isn't easy. And it is especially difficult living alone in a foreign country. So many people I have met through the years went back to their home countries because of missing their families, especially their grandchildren. I don't have any. I am just alone. This covid made a huge blow to my life, just as it has to everyone else in the world at this time in history. I need to quit fighting the inevitable. We all have to get old. We all have to change. We all have to eventually die. Everything eventually comes to an end. So enjoy your life while you still have it. I enjoyed doing this blog while it worked for me. I thank everyone for their love and concern and attention. Otherwise it can get awfully lonely here.
at 2/20/2022 No comments:

This is what shows up when I try to put a photo onto the blog. Anyone out there know what to do about it? I finally gave up after many many tries. 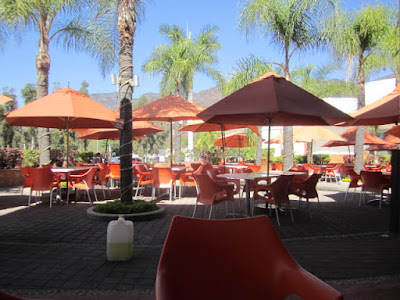